Investor–state arbitration is on the rise and it is now difficult to simply dismiss its growth as a passing fad.

The principal institutions that administer investment arbitrations have seen significant increases in their caseloads during recent years and there is now heavy demand for relevant information on the subject. This guide presents all the key information needed to assess the feasibility and potential advantages of investment treaty claims against different states around the world.

Published in November 2019, this edition features the following chapters 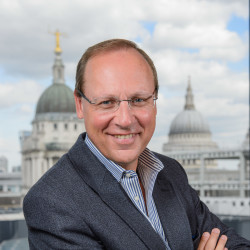 Stephen Jagusch is Global Chair of Quinn Emanuel's International Arbitration Practice. He specialises in international commercial and investment treaty arbitration, having acted as adviser and advocate in dozens of ad hoc and institutional international arbitrations, conducted in many countries around the world, and subject to a wide variety of governing substantive and procedural laws. A great many of Stephen's cases have been for or against sovereign states or substantial multinational organizations, and he has been lead counsel in many of the world's leading investment treaty cases.

Stephen routinely speaks at leading conferences and seminars, and is widely published, on the subject of international arbitration. He won the inaugural (and subsequent) Client Choice Award for Best Arbitration Lawyer in the UK. Chambers & Partners and Super Lawyers both rate Stephen as one of the leading lawyers in the UK across all fields of practice and prior to joining the firm, Stephen was Chair of the Global International Arbitration Practice of Allen & Overy LLP.